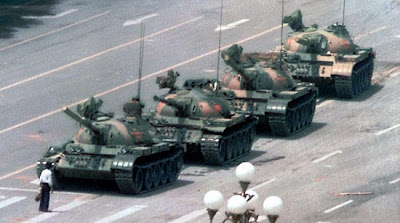 Today,Tuesday February 16th 2010 as Texas early voting begins...the entrenched "power elite" establishment has released poll numbers. The "powers that be" are milking the Glenn Beck lynching of Debra Medina to it's fullest. Can you say...PROPAGANDA?

Perry is ahead of Hutchison, 45 to 29 percent, according to a survey commissioned by the Austin American-Statesman and other Texas newspapers. Debra Medina, a former nurse who served as GOP chairman of Wharton County in the 1990s, trails with 17 percent.

Only 46 percent approve of Perry's work as governor, but 53 percent of voters believe the state is headed in the right direction, the poll found.

Perry also leads slightly among women voters, 39 to 34 percent, despite running against two women. He is a weaker general election candidate, however, getting only 6 points more than the top Democratic contender, former Houston Mayor Bill White. Hutchison, in contrast, would defeat White by 8 points.

The poll was conducted before controversy over Medina's comments on whether the Bush administration was involved in the Sept. 11, 2001 attacks. Medina said during an interview on Glenn Beck's radio show that good arguments had been raised on the issue, earning criticisms from Beck as well as her rivals for governor.

Currently the longest consecutive serving governor, Perry is seeking a third term, not being restricted by term limits. His campaign has benefited from the relatively strong economy of Texas during the recession as well as the growing public discontent with Washington insiders, according to pundits.

The governor is also ahead in two recent polls. A Texas Tribune survey last week had him with 45 percent support, and Hutchison with 21 percent. A Texas Credit Union/Public Opinion Strategies poll early this month showed him leading the senator 49 to 27 percent.

Despite Perry's lead in the latest survey, four of the five newspapers that commissioned the poll endorsed Hutchison on Sunday. "What Hutchison offers is a record of substantive leadership in transportation, border security and education," said the Austin American-Statesman.

Chairperson of the Republican Policy Committee in the 110th Congress, Hutchinson was said to have pulled out at the last minute in 2006 from announcing a gubernatorial bid. She is the first and only woman in the state to win a Senate seat.

Early voting for the March 2 Democratic and Republican primaries begins on Tuesday. It will continue until next Friday. The general election is Nov. 2.

"I think the fact that people are even asking questions on this level gets to the incredible distrust career politicians have fostered by so clearly taking their direction from special interests instead of the people," she said. "It is absolutely the right and duty of a free people to question their government." - Debra Medina

Following the Glenn Beck interview of Texas gubernatorial candidate Debra Medina, one thing is crystal clear... I have changed my mind...about Glenn Beck!
Posted by noachbenavraham at 6:17 AM