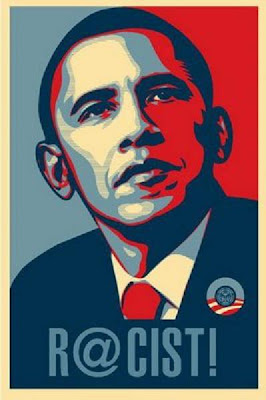 A script leaked for the upcoming film Robert Rodriguez Machete confirms fears that seeks to build up a racial cult figure who kills for the cause of illegal immigrants.

Alex Jones first put out a video warning about the potential of Machete to kickstart a race war after he was warned by two Hispanic members of Robert Rodriguez production crew. Last week, an Internet-hyped Illegal trailer for the film revealed many politicized aspects added to the already violence-laced film premise of a pissed off Mexican who wipes out his American enemies with a machete. The exploitation film was first spoofed in Rodriguez & Tarantinos Grindhouse before it was fully developed as a feature.

Now that production for Machete is wrapping up in Austin, it is clear that its racially driven plot plays upon thin stereotypes, pejorative cross-culture terms and exacerbated divisions between immigrants and white people.

The film is dangerous because it glorifies Machete as a hero, invoking his fictional racial struggle with clear parallels to current events and headlines ripped from topical news. We have already seen episodes of violent attacks, declaration of violent intent and demonstrable anger over attempts as regulation, such as Arizonas recent controversial legislation.

Further, the script seeks to build a cult icon in Machete, who Rodriguez plans to expand into sequel enterprises. By the end, the vicious revenge killer is cast in the holy light of a martyr; his likeness is placed on religious candles as the Virgin Mary or Jesus Christ would be. Vulnerable illegal immigrants, seeking to evade crude Militia Men characters as they cross the border, pray to Machete for protection, and the hopes they he will wipe out their enemies. Machete becomes a folk hero of sorts, like a Father Hidalgo, and it carries over into the traditional use of the machete as a symbol of peasant uprisings. Thus, he becomes a light to all those who seek to defeat their oppressors (by whatever means necessary, if the film is any indicator).

Religious inculcation is further induced by associating the Catholic church with Machetes revenge plot—who is set-up for the assassination of an anti-immigration Texas Senator, who seeks to portray illegals as a terroristic group seeking violence.

This Senator utilizes a false-flag scenario to cover his own reputation and associate with extremist militia groups, one of which is known as Freedom Force, the same name as the pro-sovereignty, anti-globalization, anti-Federal Reserve patriot group founded by G. Edward Griffin. It is these elements of Machete which seem more akin to the recent media attacks by the Southern Poverty Law Center and Anti-Defamation League than they do to good movie plot conventions.