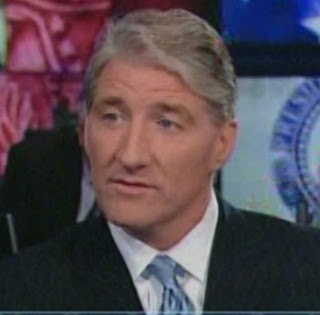 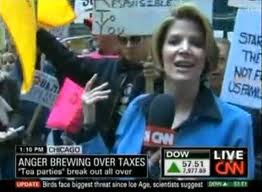 And the official CNN response regarding Roesgen's comments in 08, from spokesperson Christa Robinson:

"She was doing her job, and called it like she saw it." 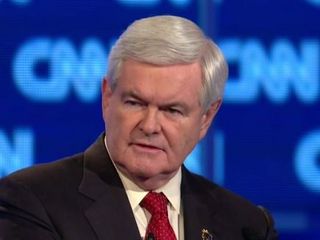 CNN's John King Should Have Ripped Gingrich In Tonight's Debate

By Liberty1955  |  Posted 14 hours ago  |  Watertown, New York
CNN PRODUCER NOTELiberty1955 watched last night's CNN GOP debate in South Carolina, and believes that Newt Gingrich was hypocritical to slam moderator John King's question about Gingrich's ex-wife when Gingrich himself was one of the lead voices denouncing Bill Clinton for his affair with Monica Lewinski. 'Not a snowball's chance in hell will this stuff play well,' he said. 'I'm glad CNN gave these guys the opportunity to talk so voters can see what they would do as President.'
- jmsaba, CNN iReport producer
Newt Gingrich said it was wrong for questions about his infidelity to be raised during tonight's debate. He ripped into John King, CNN's debate host.

King showed his class by not giving it back to Gingrich who apparently doesn't believe that being President of the United States is entirely about character..and loyalty, and honesty.

Maybe Newt Gingrich has asked for God's forgiveness for his hypocrisy, lying, and cheating. But American's aren't as forgiving for what Gingrich tried to do to Clinton during his second term.

Trust and loyalty are two important traits I want to see in my country's President. Gingrich has neither of these. 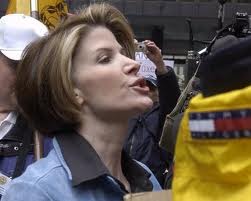 Roesgen flipped out at the Chicago Tea Party during a live interview with a gentleman attending the rally.   (Deleted?) 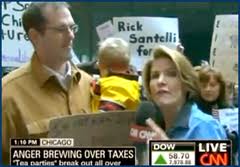 Roesgen flipped out at the Chicago Tea Party during a live interview with a gentleman attending the rally.  (Found on Founding Bloggers)

SUSAN ROESGEN: (Reading some of the signs held by protesters) Uh, let's see... 'Drop the taxes,' 'Drop socialism.' OK. Let's see. You're here with your two-year-old and you're already in debt. Why are you here today, sir?

MAN: Let me finish my point. Lincoln, Lincoln believed that people had the right to share in the fruits of their own labor and that government should not take it. And we have clearly gotten to that point.

ROESGEN: Wait, wait... Did you know that the state of Lincoln gets $50 billion out of the stimulus? That's $50 billion for this state, sir.


TVNewser reports that Roesgen wrapped up the interview "over shouts of, 'You're not a reporter.'"

ROESGEN: OK, well, Kyra, we'll move on over here. I think you get the general tenor of this. Uh, it's anti-government, anti-CNN, since this is highly promoted by the Right-wing conservative network, FOX. And since I can't really hear much more, and I think this is not really family viewing. Toss it back to you, Kyra.

KYRA PHILLIPS: I know Susan Roesgen is having a hard time hearing me, but wow. That is the prime example of what we're following across the country there. Susan pointed out everything plain and clear of what she's dealing with.


Roesgen was debating the man, not doing an interview. She was spewing the Dems' talking points. Roesgen obviously came armed with her lines about tax credits and $50 billion in stimulus money for Illinois.

CNN was definitely out to advance the Obama party line.

According to TVNewser, a FOX spokesperson said in response, "Judging by their lack of ratings, everyone seems to be anti-CNN."

TVNewser reports that Shepard Smith referred to the incident.

"I've just learned it's Anti-CNN day. I know, right? I had no freakin' clue." Later: "Just a minute ago, that Susan Roesgen, from that CNN, that people used to watch a long time ago..." And still later: "Anti-CNN? Who's anti-CNN, settle down Susan! Come on girl." And even later: "Poor Susan Roesgen, nobody hates you, everybody ... we love the CNN. Relax everybody. Don't get your hate on."


And the official CNN response regarding Roesgen's comments, from spokesperson Christa Robinson:

"She was doing her job, and called it like she saw it."

Posted by noachbenavraham at 3:11 PM