It’s ironic that politicians believe they can deceive the public in an age of technology that exposes the truth before it gets its pants on. 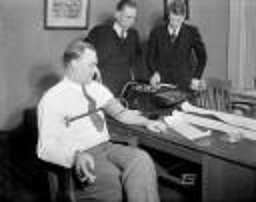 Do you agree with the views of the Occupy protesters?

Occupy Wall Street (OWS) is a protest movement which began September 17, 2011 in Zuccotti Park, located in New York City's Wall Street financial district, which was initiated by the Canadian activist group Adbusters. The protests are against social and economic inequality, high unemployment, greed, as well as corruption, and the undue influence of corporations—particularly from the financial services sector—on government.

Political Lie Detector is an online company distributing polls, quizzes, and surveys to targeted users. We are not conservative, liberal, or in between. We are simply aiming to provide transparency to the actual facts about political policy and its key participants – politicians and the media. We, unlike so much of the existing political establishment, aim to inform, educate, aggregate information, and provide you with tailored information, products, and services. Most importantly, we always try to present the facts in a volatile political environment rather than the ‘spin.’
For more information about Political Lie Detector, please contact us at our home page, www.politicalliedetector.com.

Authors Stephen Covey, Bill George and Martha Beck teach lessons on finding your moral compass, true north or northstar respectively.  Their focus is to take life’s challenges and place them into proper perspective while finding what is right and true for your life, thus reaching your highest potential and purpose.  A personal search for the truth per se.

Truth.  Now there’s a challenge.  Especially in politics.  Truth is a key component to finding your moral compass.  Truth in politics is a national concern.  Rightfully so.  In fact it’s a political dilemma.  Google’s CEO, Dr. Eric Schmidt, said he expects an internet lie detector to become a reality.   Schmidt said it would be so fast that while candidates are debating, with the touch of a button, the search engine would provide instant proof or disproof of claims made.


We often refer to the infamous Clinton lie “I did not have sexual relations with that woman” along with his eventual confession.  It’s ironic that politicians believe they can deceive the public in an age of technology that exposes the truth before it gets its pants on.

How do we ensure that political figures are speaking the truth?  In the information age, it’s actually quite easy for those willing to take time to check the facts.  I hope Schmidt is accurate and that someone (perhaps Google) takes this challenge on by creating a literal political lie detector search engine that is lightning fast.

In the meantime we can discern truth by following our instinct as clearly defined in Malcolm Tidwell’s bestseller Blink! = Initial Instinct.


On the other hand, my Dad always said the greatest lie detector test is:  how someone treats others and the way they live their life when no one is seemingly watching.  Once again, I believe he was right.
Until next time,
Red Stick Republican   http://redstick.wordpress.com/2008/03/12/the-political-lie-detector/


Posted by noachbenavraham at 10:48 AM