Iranian President Mahmoud Ahmadinejad has called on 'like minded nations' to join him in forging the New World Order.

Ahmadinejad made his remarks at the inauguration ceremony of the International Conference on 'Hollywoodism and Cinema' in Tehran on Thursday.

"Nations loving justice and affection should define the new world system," he said. 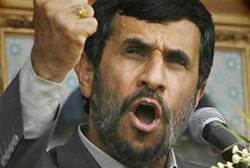 During his speech, Ahmadinejad underlined the necessity for the start of a New World Order, and said the "justice-seeking nations should cooperate with each other to materialize this goal."

Tehran has campaigned to forge alliances not only with the modern plutocrat-dominated Russia, but Fidel Castro's Cuba, and Hugo Chavez in Venezuela.

The 2nd international conference on 'Hollywoodism and Cinema' is widely regarded as a propaganda platform for the Islamic Republic to attack Western culture and perpetuate its regime.

The conference is being held as a sideline program of the 2012 Fajr International Film Festival.

The bombastic Ahmadinejad has repeatedly attacked Western nations and culture in the past year – accusing them of a growing and strange laundry list of alleged crimes and debaucheries – amid the ongoing row over Iran’s nuclear program. source: 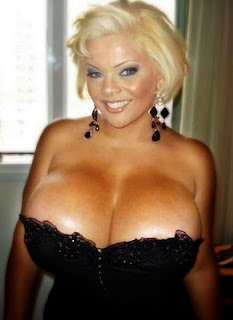 "Hollywoodism and Cinema"    Sheyla Hershey is a Brazilian model who has enlarged her breasts to 38KKK making hers the biggest boobs in the world. MORE:

Posted by noachbenavraham at 4:30 AM