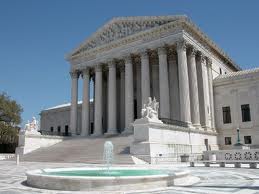 A Supreme Court decision has caused a "sea change" in law enforcement, prompting the FBI to turn off nearly 3,000 Global Positioning System (GPS) devices used to track suspects, according to the agency's general counsel.
When the decision-U.S. v. Jones-was released at the end of January, agents were ordered to stop using GPS devices immediately and told to await guidance on retrieving the devices, FBI general counsel Andrew Weissmann said in a recent talk at a University of San Francisco conference.  Weissmann said the court's ruling lacked clarity and the agency needs new guidance or it risks having cases overturned.
The Jones case stemmed from the conviction of night club owner Antoine Jones on drug charges. Law enforcement had used a variety of techniques to link him to co-conspirators in the case, including information gathered from a GPS device that was placed on a Jeep primarily used by Jones. Law enforcement had no valid warrant to place the device on the car.
Justice Antonin Scalia, writing for a five-member majority, held that the installation and use of the device constituted a search under the Fourth Amendment based on trespass grounds. The ruling overturned Jones' conviction.
"It is important to be clear about what occurred in this case," Scalia wrote. "The government physically occupied private property for the purpose of obtaining information. We have no doubt that such a physical intrusion would have been considered a 'search' within the meaning of the Fourth Amendment."
It was a narrow ruling only directly impacting those devices that were physically placed on vehicles.
Weissmann said it wasn't Scalia's majority opinion that caused such turmoil in the bureau, but a concurring opinion written by Justice Samuel Alito. Alito, whose opinion was joined by Justices Ruth Bader Ginsburg, Stephen Breyer and Elena Kagan, agreed with the Court's conclusion in the case but wrote separately because his legal reasoning differed from the majority.
Alito focused not on the attachment of the device, but the fact that law enforcement monitored Jones for about a month. Alito said "the use of longer-term GPS monitoring in investigations of most offenses impinges on expectations of privacy."  He also suggested that Scalia's reliance on laws of trespass, will "provide no protection" for surveillance accomplished without committing a trespass.
"For example," Alito wrote, "suppose that the officers in the present case had followed respondent by surreptitiously activating a stolen vehicle detection system that came with the car when it was purchased?"
In his talk at a University of San Francisco Law Review Symposium, Weissmann suggested that Alito's concurrence means that several members of the court are concerned with long-term surveillance by technologies beyond GPS systems and that the FBI needs new guidance in order to ensure that evidence does not get thrown out.
"I just can't stress enough," Weissmann said, "what a sea change that is perceived to be within the department."
He said that after agents were told to turn off the devices, his office had to issue guidance on how some of the devices that had been used without a warrant could actually be retrieved. "We had to come up with guidance about you could locate [the devices] without violating the law," Weissmann said. "It wasn't obvious that you could turn it back on to locate it because now you needed probable cause or reasonable suspicion to do that."
Weissmann said the FBI is working on two memos for agents in the field. One seeks to give guidance about using GPS devices.  A second one targets other technologies beyond the GPS, because, Weissmann said, "there is no reason to think this is just going to end with GPS."
"I think the court did not wrestle with the problems their decision creates," Weissmann said. "Usually the court tends to be more careful about cabining its decisions" and offering useful guidance. But in the Jones opinion, he said, the court didn't offer much clarity or any bright line rules that would have been helpful to law enforcement.
"Guidance which consist of  'two days might be good, 30 days is too long' is not very helpful," Weissmann said.
Catherine Crump, and attorney with the ACLU, welcomed the court's ruling as a first step toward preserving privacy rights.
"Alito's concurrence concerned the FBI because if tracking someone's movements violates their privacy, that should be true no matter what technology the FBI uses," says Crump. "The FBI now needs to give guidance to agents in the field, and the Alito decision raises serious questions about the constitutionality of other ways of tracking suspects."
As for Antoine Jones, the man whose conviction was thrown out because of the ruling, the government has announced that it wants to retry Jones without using evidence obtained from the GPS device. The trial is expected to start in May. source:
Posted by noachbenavraham at 1:36 PM No comments: